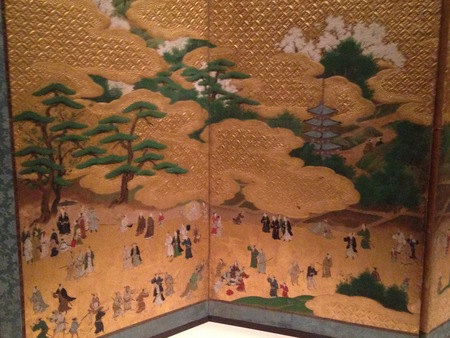 Continuing to think about the rare quality of light at Promontory Point on Sunday. Mellow clear June light of a temperate day. And also light imbued by the people who sat together, sheltered on the rock ledges of a public park, returned to our lake after months of sequestration, with an early tenuous sense that a less violent future might be possible. 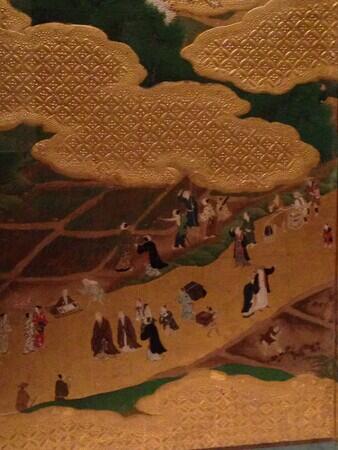 At first sight, you might think, as I did, that this screen has too much gold on it to take it seriously. I recoil from things which seem to announce their opulence – cannot bear touring European palaces, can rarely take pleasure in Rococo, run from rooms housing the gilded dinner plates of the elite. And I do not usually like shiny textures, not glitter on t-shirts, not gold lamé, often not gold. But sometimes gold in Italian paintings of the middle ages has seemed burnished and significant, not as a display of wealth, but as a different past-material aspiration. There is tin, there is bronze, and there is this metal, so soft it can be very very thin, you can paint with it and it will give a light like nothing on earth, and so it might be a way of thinking about heaven. 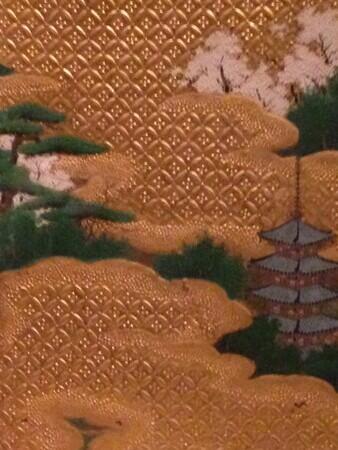 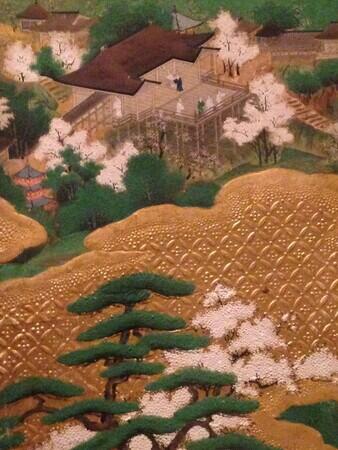 These photos are from one of two screens, the artists or artists are not known, the painting is identified as Kano School, ca. 1620s. The screens were probably commissioned by someone of the samurai class. This part of the scene is a samurai picnic. It is cherry blossom season. Look at the blossom texture against the gold. 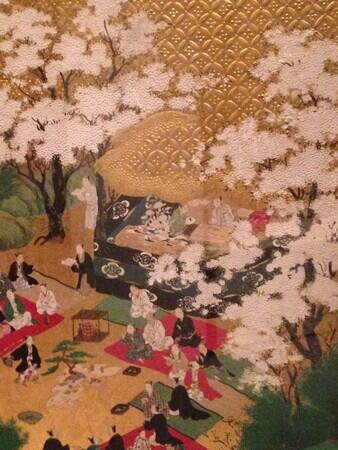 There are more than 300 figures in the two screens together. Only one, the left screen, which shows Yasaka Shrine, was on display when I saw it. The figures are of every social class. 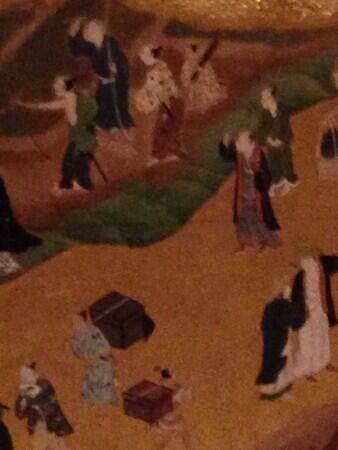 I saw this screen at the Metropolitan Museum of Art in December of 2019, as part as one of the four rotations of the year-long exhibition Kyoto: Capital of Artistic Imagination, which I was reviewing for Apollo Magazine. 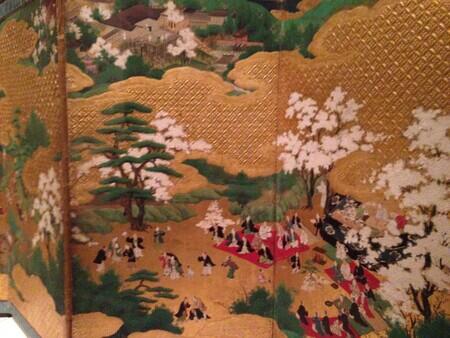 It was gold and I did not expect to be taken with it. But I couldn’t help it. It was very delicate, the figures were so tiny. And they were not so very finished, they had a drawn quality. The pleasure of miniatures, and also the wistfulness of great miniatures. I sat down on the bench. 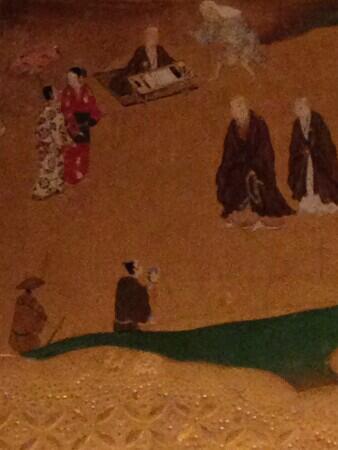 A French couple passed through. The man looked, hesitated. Sat down on the bench. This is something, he told the woman he was with. 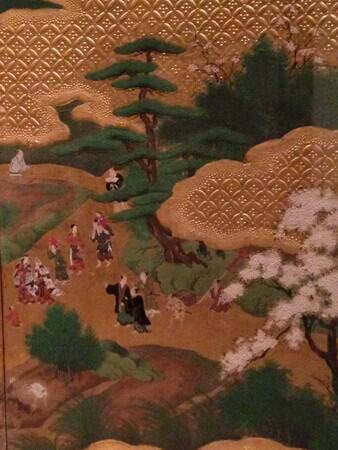 I think it was the explanatory text that signaled to me a significance of the work, and let me believe in my own reaction, which was appreciative and not discounting, despite the gold. The encouragement was the reason I took more pictures than I ordinarily would have.

The Met has produced a small feature on Amusements at Higashiyama in Kyoto, with detail photographs that are much more highly resolved than mine, and allow one to take in the faces and gestures. You can see the photos at the link at the end of this entry. There is also a three-minute video with a curator describing the work that is like the kind of gallery talk I would normally run away from were I in a gallery, but we’re not, in galleries, for now. 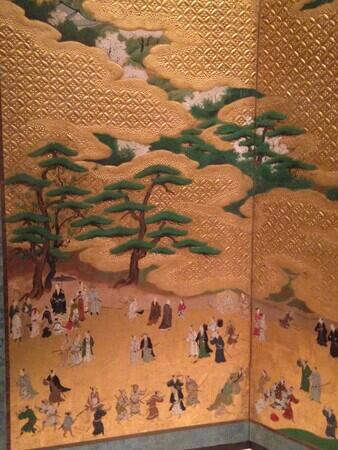 The Met's photos are highly finished, horizontal, in keeping with the shape of the screen itself and the computer screen. Still, partly because my own photos are primarily vertical, I think they convey better the experience of thinking about the relationship of the figures to the metal clouds. And, because they are more dim, they give more sense of the complexity of the work's own thinking about the meaning of the metal. 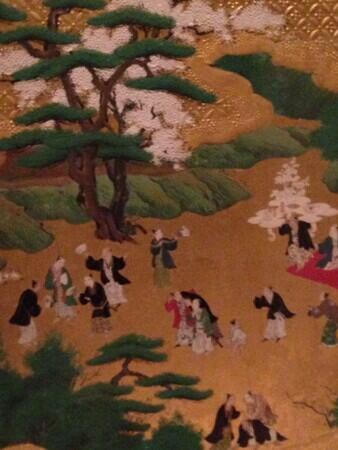 It was the last line from the wall text in the exhibition that opened my understanding, and remained with me, and is the reason the screen came back to my mind this morning:

“Masterpieces of the Kano School, the screens survive in remarkably fine condition and, though relatively small, convey the celebratory spirit of a country finally at peace after nearly a century of civil war.”