Frederick Project: Before and After 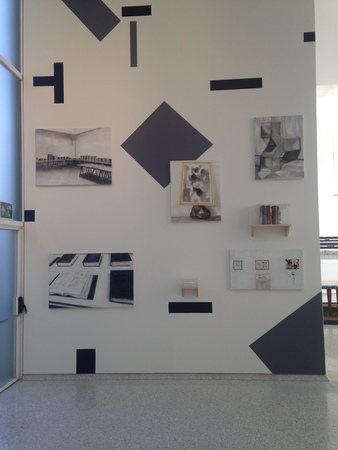 Yesterday I turned up a subject – a pavilion at the Venice Biennale with works by iris Kensmil and Remy Jungerman, curated by Benno Tempel. I decided to follow it through in the order of my experience: seeing the pavilion in June of 2019, having the sense of interest quickened, documenting something of what I saw, being offered materials which I glanced at, but kept, and then, some nine months later, paying another kind of attention, internet attention, which let me put together other layers of meaning. The pavilion, designed by influential architect Gerrit Rietveld, was built in 1954. The catalogue text notes that its features are open space, light, modular dimensions. When you entered the door at the bottom of the diagram, you were immediately facing works by Remy Jungerman in the large installation of the three suspended structures (Horizontal Obeah GEENGESITONU) over a long table set on a slightly raised bed (Kabra Tafra). You were also aware of the large vertical structure immediately to your right, also by Remy Jungerman, Promise IV. As you walked into the space, you could see, on the wall marked 6, to your left, that there were many images of what look like other installations, as well as a glass case of books, and a single book in a case. This is Beyond the Burden of Representation, assemblage of works by iris Kensmil. If you went to the left, and turned, then you would see the largest part of iris Kensmil’s work, the seven portraits of The New Utopia Begins Here #1.

Here is a photo of this from Kensmil's website:

If you now either turned around, or, had, in the first place, gone forward into the space of Kabra Tafra defined by the horizontals of the raised bed, table, suspended structure, and then turned to the right, you would see the wall-size The New Utopia Begins Here #2: The works were deliberately intermingled. It was not really possible to see the works of one of the artists without being aware of works by the other artist, either through seeing them at the same time, or having just walked through or past one to see the other.

They were further brought together by certain artistic commonalities of sensibility and technique. The grid-like patterns, and delicate blue and black traceries that seem both like architectural blueprints and like textiles. The installation is called The Measurement of Presence. A way of stating a theme might be: relationships of grids and people.

Some relationships that, facing the work from this distance, and able to peruse the exhibition essay at length, now come to mind:

1. A grid may make an abstract space that more than one person can inhabit. A design for a house. A pattern of four walls for a room. The plan for this installation, which you can mentally enter.

2. A grid may have an electric energy, the power grid, urban life and modernity. Mondrian’s Broadway Boogie Woogie.

3. The artists and curator of The Measurement of Presence write of Remy Jungerman: During 2018 Remy Jungerman lived in New York, a city with a dual meaning for him. It is the city where Piet Mondrian, an artist of great importance to Jungerman, found refuge in 1940. At the same time New York is the place where in 1674 the Dutch traded Suriname with the British. In a bilateral negotiation they made a deal to swap conquered land: New Amsterdam became New York, and Suriname passed from British into Dutch hands and became a Dutch colony. A grid, then, can be traded, swapped, sold.

4. On Horizontal Obeah GEENGESITONU, the authors comment, In colonial times, the grid was an important element by which to divide the land, as well as a prison structure for enslaved people who tried to escape.

5. A grid is also a textile pattern. Warp and woof. On Jungerman’s website: Jungerman is a descendant of the Surinamese Maroons who escaped enslavement on Dutch plantations to establish self-governed communities in the Surinamese rain forest. Within their rich culture, many West-African influences are preserved including the prominent use of abstract geometrical patterns. Jungerman uses fragments of Maroon textiles, in his work. This grid wraps a body, or covers the table to which the ancestors are invited.

6. Does a grid dehumanize? Obstruct personhood?

7. Kensmil’s portrait of Audre Lorde. Perhaps the presentation of self is gridded in a way that does not only obstruct? I think that’s part of Kensmil’s consideration. The pavilioin installation text says that Audre Lorde fought for a way out of the identity-politics, in which society is trapped now.

8. I go back and forth about the black painting of geometric patterns that Kensmil has used. Is it too evident, the way it imposes? Does it close the people down? The abstract mural, says the installation text, is inspired by the works of Piet Mondrian and Kazimir Malevich, whom Kensmil regards as the iconographers of modernist utopianism. But instead of citing them, she composes the spatiality and dynamics with elements derived from their work. I try to picture the installation without these black geometric elements and it flies apart and dissolves. So, we cannot do without the grid. Or we cannot work without reference to the grid. 9. Something that seems ungriddable is water. And yet the long table of Jungerman’s Kabra Tafra is covered in kaolin clay, used in many African religious traditions, the clay is dry, without water, and patterns of textiles have been carved into it. And the whole, says the installation text, rests in a dried-up riverbed. This riverbed, with the absence of water, but still remembering its presence, evokes the transatlantic slave trade that redefined the world and expanded networks of exchange of ideas, art and influences. Like a grid based in a more complex mathematical understanding. 10. Ideas of Measurement and People. Jungerman’s Promise IV borrows from conceptual artist stanley brouwn’s renowned works of measurement. brouwn, like Jungerman, was born in Suriname, trained first in Paramaribo, then moved to Amsterdam, where he became a very significant, reclusive, conceptual artist. Wikipedia on brouwn’s artistic inventions: “He developed the ‘stanley brouwn foot’, which was the length of his foot. It measured approximately 26 cm. One of his works, “Afghanistan-Zambia”, is a typewritten register of the number of steps brouwn completed in various cities across the world, and a physical example of his concerns surrounding measurement and distance.”

11. Promise IV is, according to the artists and curator, a grid-work cube. Its slats are composed of coloured fields that are arranged in terms of five units of measurement. Three units are partly based on the work of artist stanley brouwn (1935-2017): the foot (F), the ell (E), the step (S). Two other units are fictional measurements, the R and the J, based on Remy Jungerman’s own initials. These five units can generate a total of 120 compositional combinations. 12. One juncture point of a three-dimensional grid would be a nail. Jungerman’s work refers to the nails featured in West African Nkisi Nkondi power sculpture. 13. A grid may feel spacious, as mathematics does, drawing out what may otherwise ripple overwhelmingly, while still being interruptible.

14. The sixth work in the installation, Beyond the Burden of Representation, is actually, I realize, paintings of photographs of artists’ exhibition installations. Installations by Posenenske, brouwn, Kawara, Hammons, and Piper. I had forgotten that these were painted photographs, but it explains why my photos of the paintings of the photos look the way they do. An installation of installations, framing the frameworks of these other artists choices. In this way, a grid, an abstract container, may connect, and perhaps free. 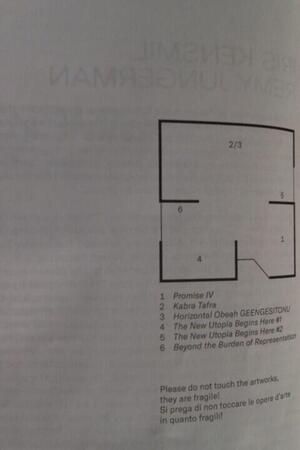 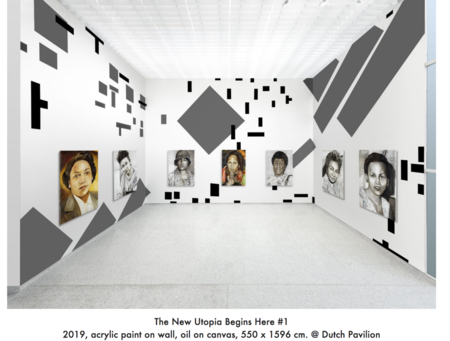 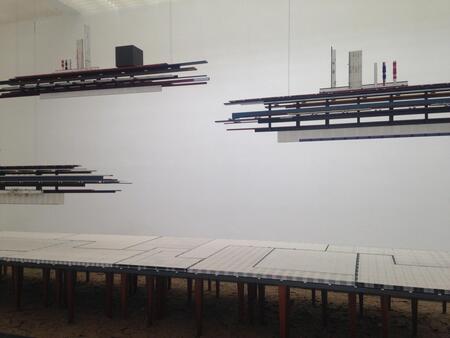 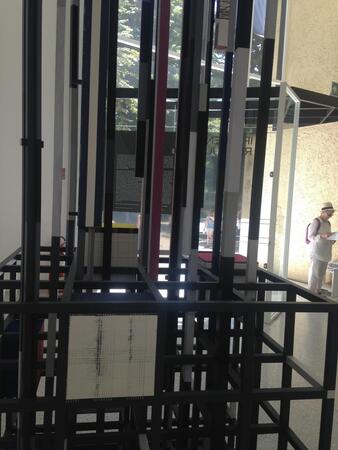 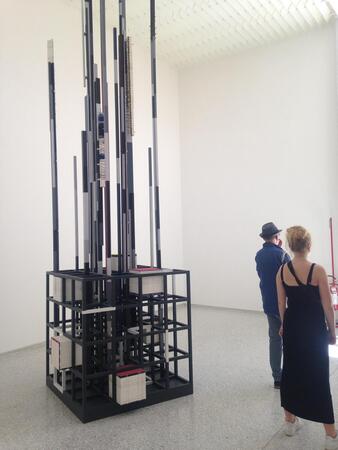 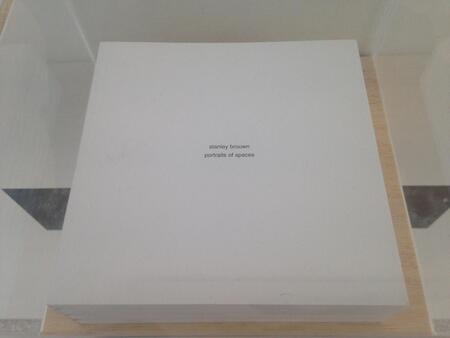 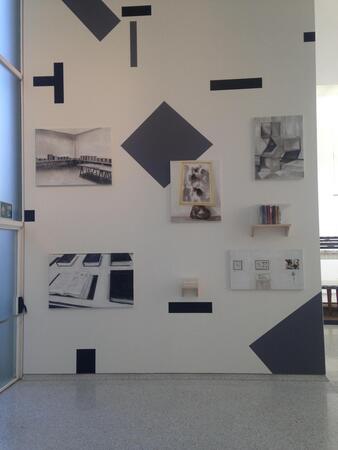 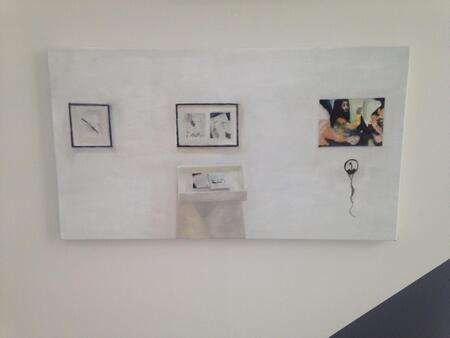 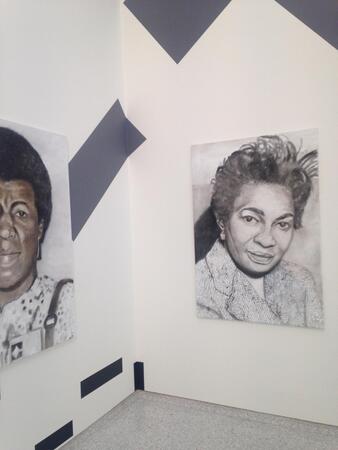 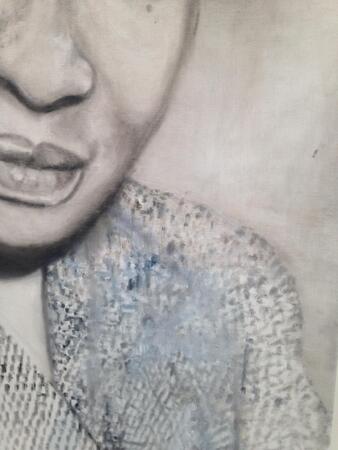 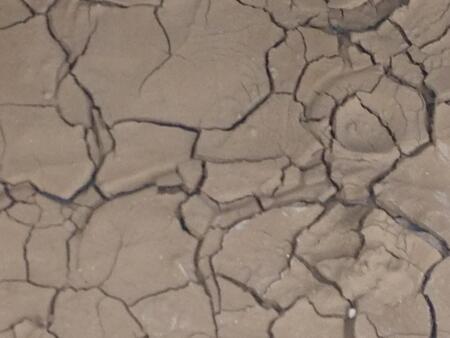 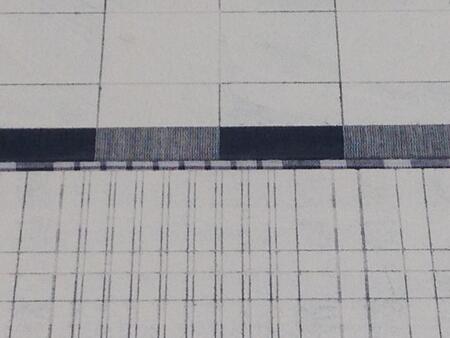 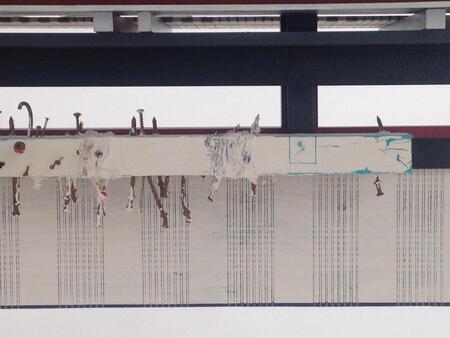 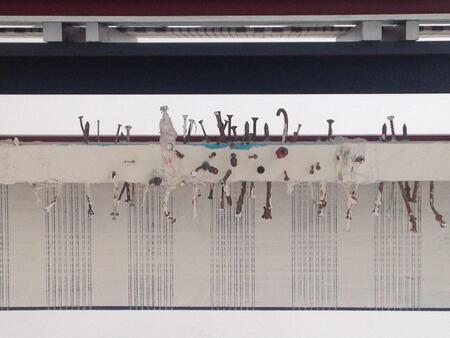 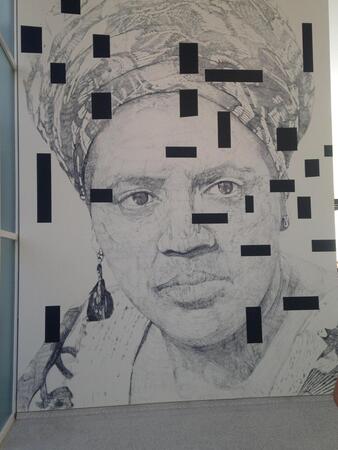 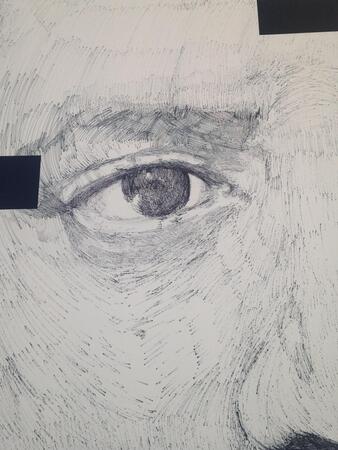