Fischli and Weiss and the Way Things Go 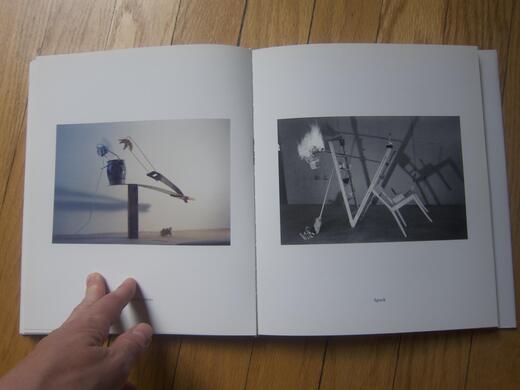 I was delighted that the wonderful art critic Lori Waxman accepted my invitation to write the first guest post for the Frederick Project. Here is her reflection on Fischli and Weiss and the Way Things Go. — RC

After the shelter-in-place order was issued here, one of the very first artworks I turned to was “The Way Things Go,” a 1987 film by the Swiss duo Peter Fischli and David Weiss. I watched it with my son, who is six years old and likes to make inventions out of random crap he finds in our house and on the street. (Well, not on the street right now, but normally.) J found it as entrancing as I always have: thirty minutes of a single chain reaction, like an enormous game of dominoes but played with tires and tables and explosions and cans and rails and chairs and jugs and fire and bubbling and balloons and … You can imagine the appeal, yes? 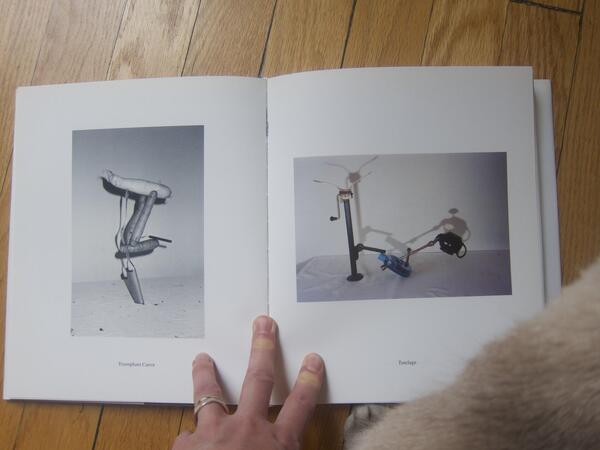 Fischli and Weiss shot the footage in a hundred-foot-long warehouse, carefully editing together a number of takes into what looks like a continuous sequence. It doesn’t really matter that it isn’t. My son needed to see it because he is depressed about not being able to play with his best friend down the street, and creating new things out of old stuff is a terrific distractor from that situation. Plus we don’t have to buy anything or go anywhere. I went looking for the video because, in between homeschooling J and his older sister R, I have been organizing the disaster zone that constitutes our library, and in so doing I came across a book of photographs, Equilibres, taken by Fischli and Weiss between 1984 and 1987. I love this book and have not spent time with it in years. Equilibres was published in 2006, and I believe it to be an expanded edition of a now-rare volume that first appeared in 1985 under the title Nachmittag (Quiet Afternoon). Both titles (well, all three) are apt, and I have no idea why they decided to rename it so many years later, but the gist of the images is always some irresistible combination of found objects, humor and momentary balance. Two kitchen knives, one skewer, one wire ladle, a wine glass, a potato and three eggs (raw, no doubt) stand upright, one tucked into the other. Two buckets, a tire and a chair hold one another horizontally in place across a wide doorway. A zucchini perches on a carrot which juts laterally out from a rakishly angled grater. All of these things are about to fall, which is a huge part of the charming tension of the series, and they all eventually did, sometimes right after the artists clicked the shutter, sometimes a little while later. When they fell, they made noise/broke/rolled away/knocked other things over, all of which I could call a release of energy if I were trying to work some homeschooling in, and the story goes that the recognition of this potential is what ultimately prompted Fischli and Weiss to create “The Way Things Go.” 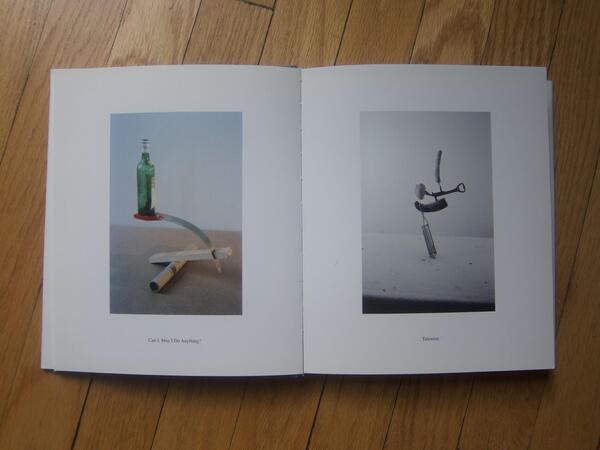 Fischli and Weiss, Equilibres, "Can I, May I Do Anything?" and "Talented." Photograph Lori Waxman.

Now, if you’ll excuse me, J and I have a sculpture to make out of the tools and ingredients to be used in tonight’s dinner. When it falls, I cook.

Lori Waxman has been the primary freelance art critic of the Chicago Tribune for the past decade. She teaches at the School of the Art Institute of Chicago and has a Ph.D. in art history from the Institute of Fine Arts in New York. Her 60 wrd/min art critic performance has been exhibited in dOCUMENTA (13) and a dozen cities across the U.S. She has received a Warhol Foundation Arts Writers Grant and a 2018 Rabkin Foundation award, and is the author, most recently, of Keep Walking Intently (Sternberg Press), a history of walking as an art form.