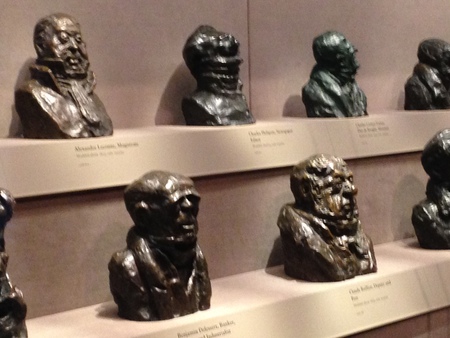 I've always liked this set of busts by Honoré Daumier. 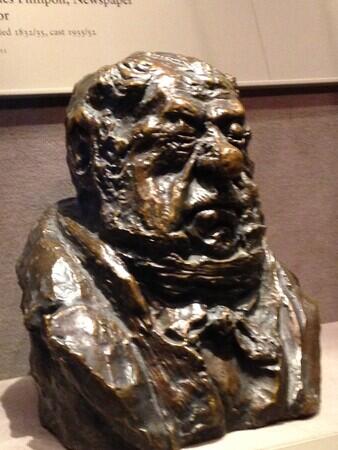 They're quite small -- each about five or six inches high, I think, you could pick them up in your hands. 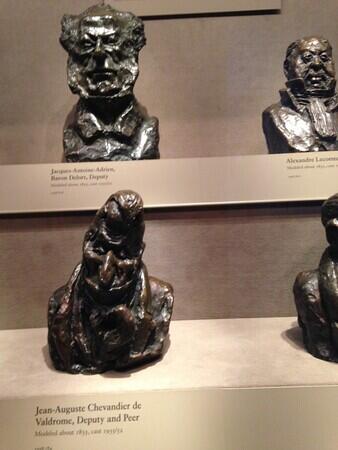 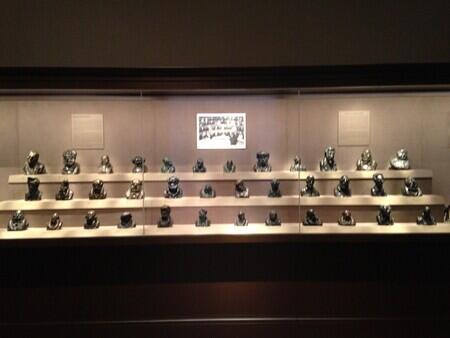 Their sardonic tone is the mood after the failed revolution of 1830, when he had fought with the working peoples' movements, but the eventual result was King Louis-Philippe and profits for the bourgeoisie. 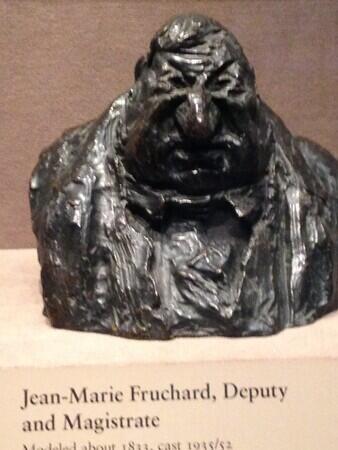 Daumier's cartoons at this period reached a very wide audience and were widely known, his sculptures less so. 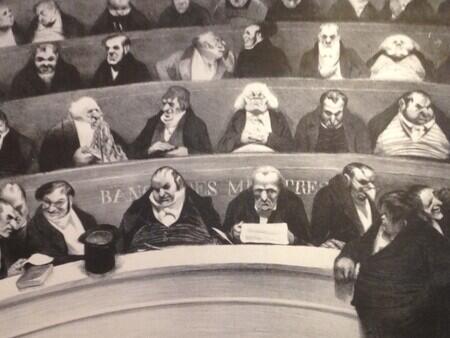 He was a great artist, and there is great understanding in his work, which is rough and subtle. Late in his life, he worked over and over on paintings of Don Quixote. Some are sympathetic. 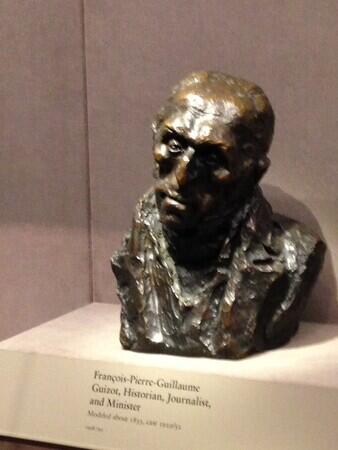 Others hover, you might understand this person, but it does not seem you should trust him. 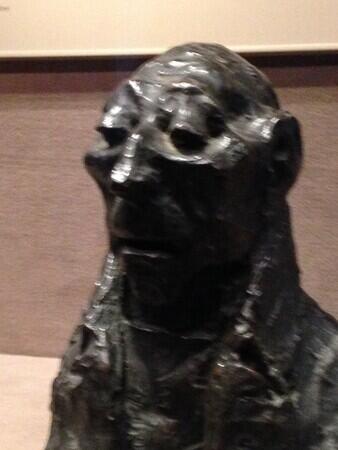 He made them in clay, from sitting at Parliament and studying the politicians and their postures, then used the clay models as the basis for his ongoing political cartoons. The original works in clay, the surviving 36 of the 40 he sculpted, are at the Musée d'Orsay. Some sets of bronze casts were made a century later, between 1929 and 1940. And it is one of these sets that belong to the Art Institute. 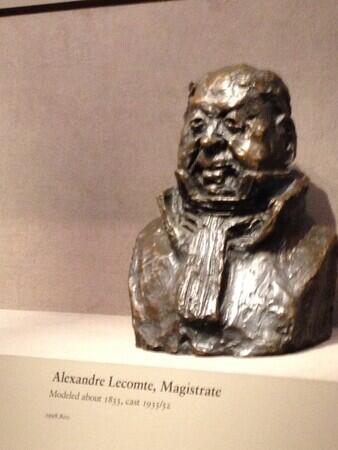 I like to think of them as tools of his trade, the psychological and political insight molded into clay to be returned to as he went on trying to make sense of their tumultuous political life. 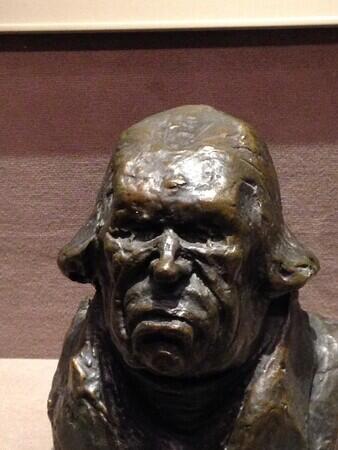 I stopped by on October 30th, a few days before the election, and took these photos. A woman and her husband were looking at them, too, and she said, eagerly, I've always liked these so much. 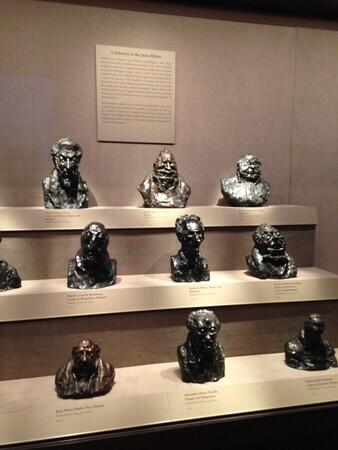